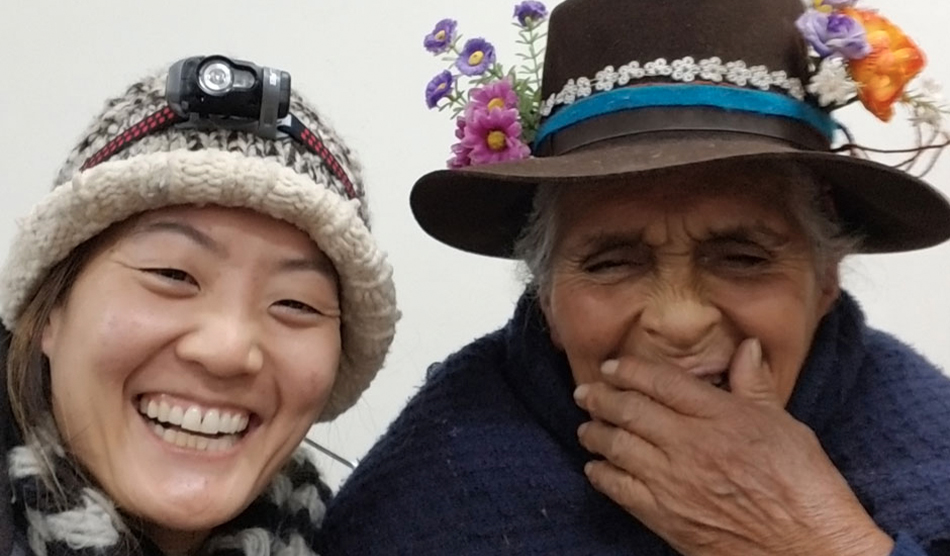 If you could travel the world as a doctor, have a flexible physician schedule, and use your medical skills to give back to local communities in need, would you?

For Dr. Jane Park, the answer was a clear yes.

And several years after her first taste of studying and volunteering in medicine abroad, Dr. Park made her way back to Africa, the place where it all began. Without locum tenens, Dr. Park’s desired lifestyle — one that marries her passions of meaningful work and cultural immersion in foreign countries — would be less possible.

A long-nurtured interest in global health

Dr. Park was a bright-eyed kid who, after hearing stories from a medical missionary at her church, felt a spark of attraction to the idea of medical work abroad as a doctor.

This interest followed her all the way to her undergraduate experience, where she pursued an opportunity to partner with a public health student for 10 weeks in Cameroon, a country in Central Africa on the Gulf of Guinea.

But it wasn’t all selfies, stethoscopes, and suntans.

“It was kind of eye opening in that I realized medical missions are limited to going and doing work and leaving. I realized that there was actually a lot that we could give and learn in a context and help at a systems level.”

She continues: “Disease is better prevented than treated, and education is more important than actual hands-on service sometimes.”

Pairing a love for international work with medicine

Armed with this newfound understanding, Dr. Park returned to the U.S., finished college, and pursued a Master’s in Public Health in International Health Systems.

“After that, I spent time in China for a couple of years working in public health.” Here, she earned another notch in her belt: the realization that this approach limited her scope. She realized that because her background was more administrative in public health, she was hamstrung clinically and less involved at the person-to-person level.

“I decided to do medical school,” she says. Throughout, she kept “this idea of being part of the global community and sharing what I’ve learned and the public health aspect of it” at the forefront.

Once she completed her residency in internal medicine and pediatrics, she knew there was one helpful path to get her the flexible physician schedule and travel freedom she longed for: locum tenens.

The flexibility of locum tenens

It’s no surprise that Dr. Park’s ears perked when she first heard of locum tenens talked about during her residency.

“Everyone I knew who had done it had been really happy with it as a short-term or even a long-term career plan. It’s nice that they take care of you while you’re on assignment and then the pay is good.”

Dr. Park finds that traveling while giving back, working with diverse patient populations, and trying on different types of medical facilities is appealing. Working in trauma centers in large metropolises to less-resourced clinics in rural areas — all while being paid decent wages — was too strong to pass up.

“I could work locum tenens as a med-peds trained physician. I could work inpatient or outpatient. I could pretty much go to any context and work, and so I thought, ‘I could work in Alaska or Hawaii.’ Then, in between work assignments, I could do things that were meaningful to me in other ways, whether it’s international work or spending time with my family.”

In short: Locum tenens has been fundamental in enabling Dr. Park to pursue her passion for meaningful travel.

One of the biggest perks of working locum tenens as a physician is the flexible schedule. While she pursued opportunities as short as five weeks, she’s also seen the benefits of longer-term assignments.

“The four-month time frame was really good. It was enough to dig deep and actually have decent continuity.”

In between locum tenens assignments, she pursues various international medical work opportunities. After her Oahu, Hawaii, assignment wrapped up, she headed to Peru for a few months. Then onwards to Kenya in Eastern Africa.

“I had always wanted to return to Africa.”

Dr. Park is confident that this flexibility to pursue one-off opportunities like the program in Kenya is what makes locum tenens great. If she had taken a more traditional career path in medicine, it would’ve been harder to make a medical mission trip work.

Make a difference in the world

Dr. Park enjoys helping populations in need, whether they’re around the corner or around the globe.

“My locum tenens assignment in Oahu was perfect for me in that it was in an underserved area. It was very busy. I had a really good primary care experience there with a population that I really loved that was more Medicaid based.”

Medical work in Africa, meanwhile, gets her out of her comfort zone and stretches her medical skills in other ways.

“Going to Africa appealed to me because there was an HIV component at the hospital there. It was locally operated, too, with local physicians and nurses instead of just an American team landing and being the sole providers.”

Whether you aim to work with new people or in new places — or both — locum tenens is a flexible way to help you meet your personal and career goals.

“I’m working in the Peruvian Andes. It’s something I wouldn’t be able to do if I had a job that allows three weeks of vacation a year.”

If you are interested in new opportunities and a flexible schedule, call us at 954.343.3050 to speak to a consultant or view today’s locum tenens job opportunities.