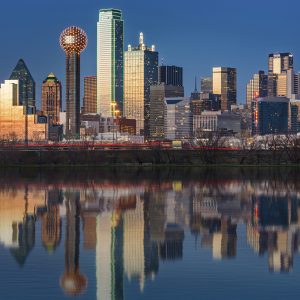 If you’re fixin’ to spend some time in Texas, you’ll find a darn sight more than cowboys, barbecue, and the Alamo. Home to three of the top ten most populous cities in the United States—Houston, Dallas, and San Antonio—Texas is culturally and socially diverse, offering myriad museums, eateries, and historical sites.

And there’s a preponderance of opportunities for physicians specializing in Emergency Medicine as well as other areas of practice. Add to that the illustrious music scene in Austin and the Old West attractions in Fort Worth, and you’re sure to be hoppin’ no matter where your locum tenens assignment lands you.

The vast Texas landscape has more than 100 national and state parks, offering everything from austere deserts in the west and piney woods in the east to white sand beaches on the Gulf Coast.

Barren deserts and towering, multicolored buttes make up these adjoining parks, which protect an area of Chihuahuan desert larger than Rhode Island. Visitors can tackle 200 miles of isolated trails and expeditions down the Rio Grande River. Plus, the parks are located along a major migration pathway for hundreds of species of birds, making it a bird watcher’s paradise.

The world’s longest stretch of undeveloped barrier island, this seashore protects 70 miles of coastline, dunes, prairies, and tidal flats teeming with sea life. Beachcombers can spy rare Kemp’s ridely sea turtles that lay their eggs on the beach between April and mid-July. Campgrounds provide the best spot for catching the sunrise over the Gulf of Mexico.

Texas’ long and interesting history is on display across the state, offering visitors ample opportunities to step back in time.

This nine-mile historic corridor connects two of the oldest, continuously operated missions in the United States (Ysleta Mission and Socorro Mission) and a historic presidio chapel (San Elizario Presidio Chapel). Established in the 17th and 18th centuries, these buildings provide a link to El Paso’s colonial past.

The Sixth Floor Museum in Dallas

Relive the infamous events of November 22, 1963, as you tour the sixth floor of the Texas School Book Depository. The museum also examines the life, times, and legacy of President John F. Kennedy.

This museum marks one of Texas’ most significant historical sites: the Battle of San Jacinto that won Texas its independence from Mexico in 1836. Visitors can tour the museum and see the San Jacinto Monument, which stands 15 feet taller than the Washington Monument.

Everything is bigger in Texas, including the entertainment. Take your pick between live music, dancing, art shows, rodeos, sporting events and a whole lot more.

Known as the “live music capital of the world,” Austin has music going on everywhere, all the time. But each fall, more than 100 acts from all over the world gather in Zilker Park to play rock, indie, country, folk, electronic, and more on multiple stages.

Fort Worth Stock Show and Rodeo in Fort Worth

In late January and early February, the Southwestern Exposition and Livestock Show (as it’s officially called) recalls the cowboy glory days with horse shows, auctions, and various livestock events. The nightly rodeos alone are worth the trip.

Put on your dancing shoes and head to Gruene Hall, the oldest continually operating dance hall in the state. Locals have been two-stepping there since 1878, and still meet there today to cut a rug to live music on the well-worn wooden dance floor.