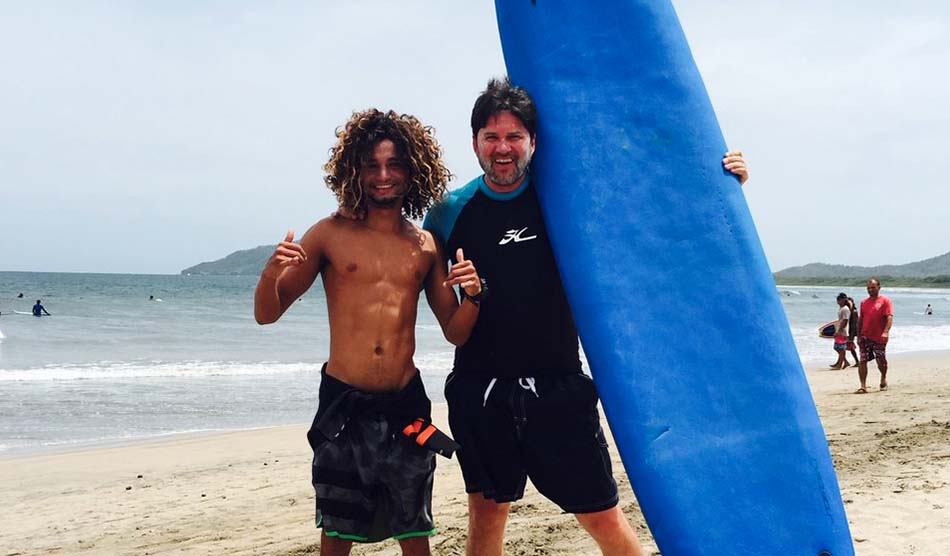 Dr. William Barrett, a locum tenens general surgeon, believes in living life to the fullest, and his hobbies outside the operating room testify to it. He enjoys singing and has performed the national anthem at sporting events. He’s part owner/part trainer for a mixed martial arts team and is licensed to serve as ringside doctor at combat events in North Carolina. Medical missions are a particular passion; he’s served in Benin, Ethiopia, Guinea, India, Liberia, and Madagascar, much of it through the nonprofit Mercy Ships. And the thing that makes this work/life balance possible, he says, is locum tenens.

Embracing the independence of locum tenens

After his residency, Dr. Barrett spent a year working locum tenens on Indian reservations to gain experience and earn some money before starting a fellowship. “I was trying to come up with a reason why I needed to go back to do a fellowship and I couldn’t find one, so I just decided to continue being a general surgeon,” he says.

After that point, he embarked on a fairly traditional career path, which he enjoyed but found “extremely strenuous.” He had a hard time maintaining any kind of work/life balance and found his healthy lifestyle slipping away. “I think I have more of an independent mindset, and doing locums early on got me to realize that I can maintain my independence,” he says. “After I had been practicing for about 16 years, I decided I wanted that independence that I had felt my first year after finishing residency.”

Now, his locum tenens practice provides the variety that appeals to his generalist nature. “I’ve had a chance to practice in big hospitals and small hospitals. I’ve become very adaptable,” Dr. Barrett says. “And that gets back to the theme of why I went into general surgery — because even though the specialist is rewarded within the industry and monetarily, I still enjoy being a generalist and locums has given me a chance to go to lots of different settings, to be able to adapt to those settings, and now I feel like I have the ability to practice just about anywhere.”

Learning to be flexible and adaptable

Dr. Barrett’s adaptability and love of variety set the stage for his success as a locum tenens practitioner. “You’ve got to be personable,” he advises physicians who are considering a locum tenens pathway. “Just have a calm, flexible demeanor. People pick up on that early on, and if you’re that way, you can just get right into the flow. If you have the attitude that, ‘This is the way I do things and this is the way it has to be in order for me to get things done,’ that’s not going to work as well.”

His volunteer mission work overseas taught him to be nimble on his feet — a lesson that translates well into locum tenens work. “I’ve worked in the worst possible situations that you can imagine. I’ve been in third-world countries where the electricity goes off six times a day, where we have a foot pump for suction, we have a one-by-four piece of wood for an arm board. I’ve done surgery in conditions you can’t even imagine. So from my perspective, when I go to a hospital and they’ve got 90% of what I’m used to, that’s fine.”

Dr. Barrett sees himself as a problem solver, and he likes to jump into crisis situations and lend a hand. “Give me the worst situation that you’ve got!” he says. “I like the idea of helping and filling in and fixing maybe a chaotic situation and then saying, ‘Thank you. You can have it back.’”

Setting the stage for success

For physicians considering locum tenens work, Dr. Barrett says, “I strongly suggest that you pick one company and that you pick one agent. Because things are going to get complicated, and if you try to juggle, it can often go bad.”

Dr. Barrett has worked with his agent at Weatherby for four years, and he says she knows his preferences and how to make each new job go smoothly. “I have told people that I probably talk to my agent more than anybody else on the planet,” he laughs.

The independent life Dr. Barrett has created through the flexibility of locum tenens makes it unlikely that he will ever go back to working a permanent position. “I have friends everywhere. That’s one of the reasons why I like to do locums. If I look at my closest friends, they’re all over, and I like to visit them and do things with them. If I was working full time, I just can’t do those things.”

How has locum tenens benefited your life? Share your story in the comments below.

Heather Stewart is a journalist who frequently covers issues and trends in the healthcare industry.

Travel, work/life balance, and teaching: the story of two locum NPs
Why so many doctors are quitting their jobs (and why locum tenens might be the remedy)