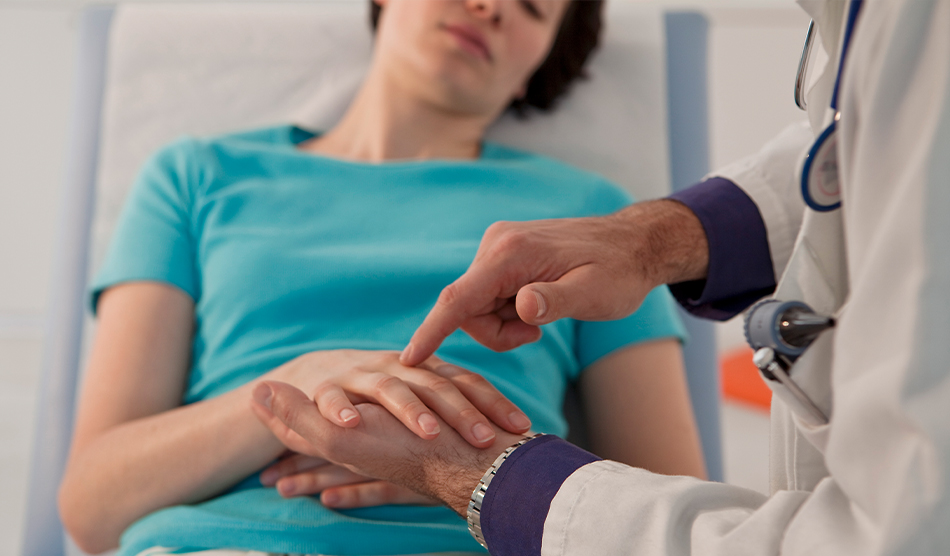 After 36 years of practicing medicine, Dr. Francis Nardella, a rheumatologist, was giving retirement some very serious consideration. It was 2013, and for the previous 19 years he’d been running his own practice in Scottsdale, Arizona. Maybe he was just tired, or maybe he was ready for something different.

And then he received a phone call. It was from a locum tenens agency asking if he might be interested in an opportunity out of state. The timing could not have been better. “I was about to shut my office,” Dr. Nardella says. “I had already cleaned it up and was ready to walk out the door. They said they had someone desperate for coverage in Montana. I said, ‘ok, desperate — that’s the job for me.’ So I just took off with it, and I’ve been doing locums ever since.”

Total control of your schedule

Fast forward to 2022, and Dr. Nardella is still going strong as a locum tenens rheumatologist. Taking one assignment at a time, he’s extended his career by almost a decade — and under conditions that he’s completely content with. He even prefers it to his days as a full-time doctor.

For one thing, he gets to choose his schedule. For another, he doesn’t have to deal with all the office headaches that are totally unrelated to patients. And when he’s off, he’s completely off — with no responsibilities or commitments to divert his attention.

His services are in high demand; he can work when and where he chooses. Consequently, Dr. Nardella has found that a two weeks on, two weeks off schedule feels like about the right ratio. The hospitals and practices that hire him are happy with the arrangement — but more importantly, so is he.

More time for yourself

At this stage in his career, Dr. Nardella isn’t trying to put in as many hours as possible. There’s no ladder he feels compelled to climb. What he wants is a position that allows him to continue helping patients, with ample free time to pursue hobbies and other interests — one of which is aviation.

“When I’m home, I have my own project now,” he says. “A lot of people say that I am crazy, but I’m working on a diesel engine for smaller planes.”

You read that correctly — in his spare time, Dr. Nardella is building an airplane engine. He also owns his own plane and has been known to pilot himself to locums assignments. He gets a special sense of satisfaction when he does, because he’s putting his flying skills to good use. “I don’t like to fly just to fly from point A to point B without a purpose,” he explains. “I like to fly for a reason.”

When the assignment is over, he flies himself home, refreshed and ready to work on his plane engine again.

Ready to try something new

Like Dr. Nardella, Dr. Pierre Moeser was also getting close to retirement when he decided it was time for a change. He still loved medicine — meeting with people, diagnosing their diseases, and helping them feel better — but he felt that staying with just one practice was too restrictive.

“After doing rheumatology in office for about 28 years — seeing the same people, having the same staff, seeing the same set of diseases — I wanted a change,” he says. “I said there’s a need nationally for this so I’m going to expand my services. There are a lot of people out there who have never seen a rheumatologist.”

In 2018, Dr. Moeser officially closed his practice. His plan was to take a year off and consider his options. Was he riding off into the sunset for good? He didn’t think so, but then again, he wasn’t sure. A week or two later a friend suggested locum tenens. Dr. Moeser didn’t know much about it, but he was open to learning.

“I knew that with locum tenens you went somewhere and worked for a while,” he says, “but I didn’t realize the flexibility.” In the end, it was precisely that — the promise of flexibility — that won him over. With locums, he could work one week, two weeks, perhaps a whole month, and then take off as much time as he needed to recharge. “I wanted a bit of a break after practicing for so long,” he says. “Locums could give me a bit of a break, but still provide me the opportunity to do what I love.”

In the four years since closing his practice, Dr. Moeser has accepted locum tenens assignments in nearly every region of the United States. Fortunately, he likes to explore. “In Montana there’s a nice zoo there; there are hiking trails, biking trails. I’ve done that. In the Adirondacks, I hiked several mountains. In North Dakota I did nothing. The temperature the first week was between minus two and minus thirty so I was indoors. But when I go back in April, I’ll certainly do some stuff!”

Even better than exploring, though, is the chance to meet and help new patients. “Seeing new patients is a challenge that some physicians don’t like,” Dr. Moeser admits. “It takes a lot more thought than simply following up with someone. At the same time, it’s also a tremendous opportunity. If someone isn’t doing well, you might, within reason, change their treatment, rethink the situation. You have an opportunity to really help someone improve.”

As a locum tenens rheumatologist, Dr. Moeser likely has more time and intellectual bandwidth to provide this kind of care. “You don’t have any of the office responsibilities that wear you down,” he says — no interviews, hiring committees, or other administrative obligations.

Thanks to locums, Dr. Moeser is first and foremost a doctor, which, at this point in his career, is all he wants to be.

The next step in your career

As Dr. Nardella and Dr. Moeser’s stories show, it’s never too late to become a locum tenens physician. In fact, in some cases, the closer you are to retirement, the more you may actually enjoy the locum tenens alternative.

Interested in learning more about locum tenens opportunities for rheumatologists? Give us a call at 954.343.3050 or view today’s locum job openings.

Quiz: Which medical specialty is perfect for you?
4 essential travel tips for locum tenens physicians