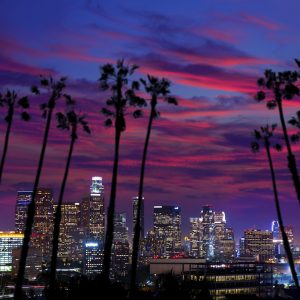 A locum tenens assignment in Southern California, anywhere from San Diego to San Luis Obispo, is an invitation to visit some of the most famous tourist sites in the world.

There’s the renowned San Diego Zoo, the legendary Los Angeles Dodgers Stadium, the glitz of Hollywood, and the coastal luxury of Santa Barbara. Indeed, each one of these popular attractions offers a lot of fun and interesting experiences.

If you plan to spend a good amount of time anywhere in Southern California while on a locum tenens engagement, there’s time to check out both the typical spots as well as some of the lesser-known, but equally impressive, tourist treasures. To get you started on discovering the hidden beauty of Southern California, we’ve compiled the following list.

The busy Port of San Diego sits adjacent to a quiet park, set in front of the USS Midway, featuring one of the most unique collections of military memorials in the country.

What isn’t there to do in L.A.? The sprawling metropolis offers professional sports, live entertainment, television and movie filming, and various cultural highlights. To get a peek into how Angelinos view their city’s multicultural history, though, take a trek to the Great Wall of Los Angeles in the Tujuna Flood Control Channel in the San Fernando Valley. Created by local youths in the mid-70s, the Great Wall features panels depicting the region’s ethnic people, from prehistoric time to post-World War II. Measuring approximately half a mile, it’s the longest mural in the world.

Ventura is a quiet beach community halfway between Los Angeles and Santa Barbara, and it’s become a favorite hangout of surfers and artists. In recent years, foodies and beer aficionados have discovered the community, too. The gem in town, though, is the Majestic Ventura Theater on Main Street. With its 1920s Mission architecture and art deco décor, the theater’s looks are reminiscent of a scene from The Great Gatsby. But the sounds emanating from the stage are modern-day punk … or metal … or jokes from stand-up comedians.

Not too far from Santa Barbara lies Gaviota State Park. Like most parks, there’s plenty of outdoor activities, such as camping, hiking, and bird watching. This site also features a salt marsh and hot springs. The truly unique and interesting element of this state park, however, is the Gaviota Wind Caves. Explore the natural caves carved out by hundreds and hundreds of years of ocean and valley winds.

As one of the largest states in the country, California presents numerous opportunities to accept locum tenens assignments in one of its cities. If you find yourself heading to the northern region, be sure to read “Things to Do While Working Locum Tenens in Northern California.”

Where Are the Family Medicine Physician Jobs?
Things to Do While Working Locum Tenens in Northern California