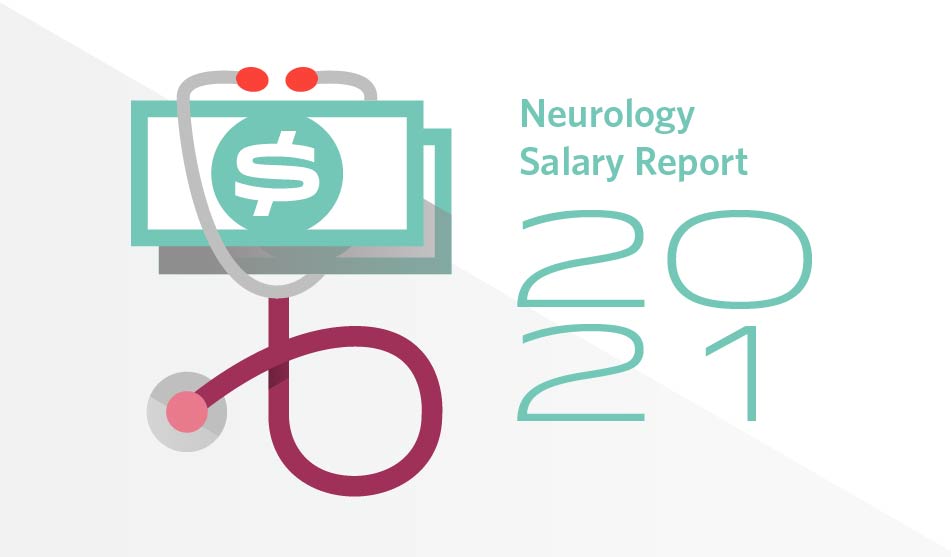 The average salary for neurologists increased in 2020 despite the challenges of the COVID-19 pandemic, according to Medscape’s Neurologist Compensation Report 2021. The report looked at neurologist compensation, how neurologists view their careers, and how neurology salaries compared to salaries in other specialties.

Despite overall income growth, 38% of the neurologists surveyed reported a drop in income in 2020. Nearly 90% said the COVID-19 pandemic was the primary cause  — whether it was fewer hours, seeing fewer patients, or layoffs. However, half of neurologists surveyed believed their income would return to pre-pandemic levels within a year.

When asked if they thought they would see a permanent reduction in patient volume due to COVID-19, 46% of neurologists surveyed said no, while 45% said they believed a reduction from 1-25% would be permanent. The average number of patients neurologists saw each week did drop slightly from 60 in 2019 to 58 in 2020.

On average, neurologists surveyed reported earning an incentive bonus worth 13% of their salaries, which was the same amount reported in 2019. This bonus is usually based on productivity, but some bonuses also focused on patient satisfaction and other metrics.

The $39,000 average neurologist incentive bonus is lower when compared to the average bonus of physicians in other specialties (the highest being $116,000 for orthopedics). However, 55% of neurologists surveyed said they achieved more than 75% of their potential annual bonus.

Paperwork and administration in 2020

Like most specialties, neurologists spend a considerable amount of their work week on paperwork and administration rather than with patients. Those surveyed reported spending an average of 16.3 hours on documentation, paperwork, and administrative/managerial work in 2020, a bit less than the 16.9 hours reported in 2019. For comparison, the specialties that spend the most time on paperwork and administration included infectious disease physicians (24.2 hours), public health and preventive medicine doctors (20.7 hours), and nephrologists (19.8 hours).

Most neurologists are satisfied with their career

Of the neurologists surveyed, 63% said they feel fairly compensated, a 10% increase from 2019. Eighty-four percent of neurologists also said they would choose the same specialty.

Additionally, 81% of neurologists said they would pick medicine again as a career, up from 73% in 2019.

Neurologists enjoy being good at what they do

Thirty-three percent of neurologists surveyed said the most rewarding part of their jobs is being good at what they do, while 23% said they valued their relationships with patients the most.

Dr. Sandeep Aggarwal, a general neurologist who has worked locum tenens with Weatherby Healthcare full-time since 2020, says he enjoys being able to bring his expertise to patients who would  otherwise have to travel hours for care.

“The greatest pro of working as a locum tenens provider is offering service to underserved areas. I have met remarkable and friendly people at my assignments. Everyone has been helpful and as a group are committed to providing the best care possible to their patients,” he says.

Although many neurologists were impacted by COVID-19, the average neurologist salary increased in 2020 and high numbers of neurologists reporting satisfaction with their careers. Physicians in this specialty continue to earn competitive wages and enjoy a rewarding career.

Neurologists are in high demand as locum tenens with high income potential. Give us a call at 954.343.3050 to learn more or view today’s  locum tenens neurology job opportunities.