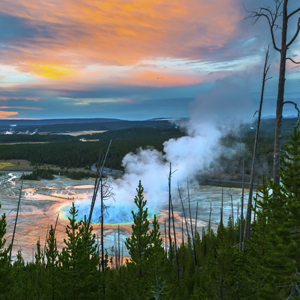 When you’re home, do you catch yourself falling into predictable patterns, such as going to the same old restaurants or jogging along the same route every day? Ever feel the desire to break those patterns? Well, one of the benefits of the locum tenens lifestyle is that it takes you out of the familiar and puts you into new surroundings.

You could specify to your Weatherby Healthcare consultant where you’d like to go, such as well-known vacation destinations. But then again, why not embrace the spirit of adventure and let your locum tenens contracts take you to parts unknown? You may find out-of-the-way locations have just as much to offer as major tourist hubs, only from a different perspective.

Try something new just for the heck of it. For example, if you live in a warm climate, but agreed to an assignment in the snow-belt, then get outside and experience winter. Ask clerks at a sporting goods store about popular outdoor activities.

You may uncover an appreciation for the peaceful isolation of ice fishing, not to mention the fresh fish for dinner. You might be surprised just how much of a full-body workout cross-country skiing provides. Or rent a snowmobile for an afternoon and head out on the trails. Some resort areas have courses that lead right up to restaurants, so park the sled out front while you go inside for a quick warm-up and bite to eat. If you’re lucky enough to be near an Olympic training site (i.e., Lake Placid, New York), look into instruction for extreme sports, such as luge—who knows when you’ll have a chance to do this type of activity again?

There are more than 84 million acres of national parkland across the country, so why confine yourself to the most popular spots? If you’re close to a park while on contract, bypass the main gate and seek out a less-traveled entrance, if available. This will not only get you away from crowds, but it could also bring you closer to the flora and fauna. Also, consider booking a tour with a wildlife guide.

Every town has its own personality, oftentimes based on an ethnic heritage of its residents. So while you may not be assigned overseas, a locum tenens opportunity could turn into the next best thing.

For instance, any contract near Jefferson City, Missouri, should include a daytrip to nearby Sedalia, which is considered the “most Russian city in the United States.” More than 15 percent of its population hails from Russia or former Soviet Union countries, and they’ve recreated elements of their homeland in the Midwest.

Another example is Leavenworth, Washington. Skip the Space Needle and drive to this quaint town sitting at the eastern edge of the Okanogan-Wenatchee National Forest. From Alpine chateaus to beer halls, it’ll feel like you’ve been transported to Bavaria.

Of course, if you really want the lowdown on off-the-beaten-path attractions, ask the experts in the area: the local residents. However, they aren’t your only resource in finding one-of-a-kind adventures and sights. Here are a few apps to help you figure out what to do with your free time while on assignment: