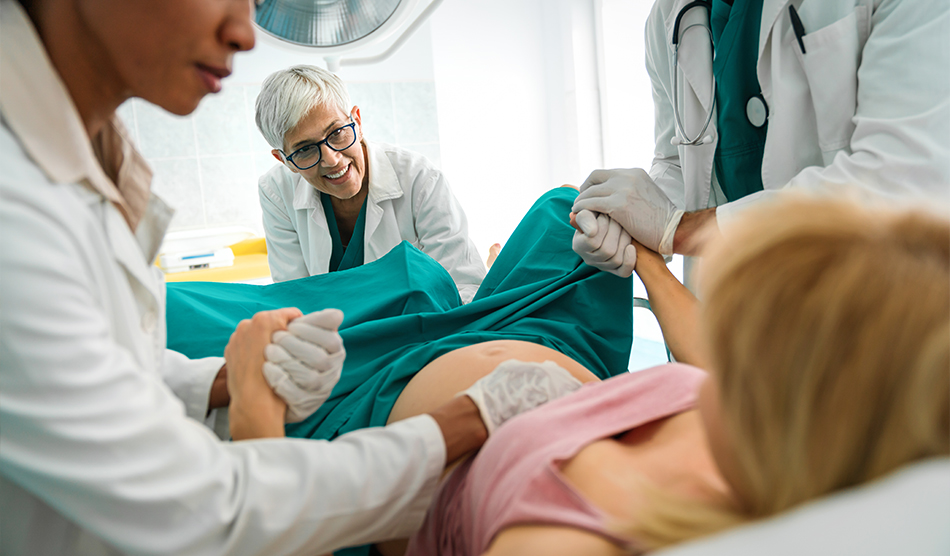 How OB/GYN pay compares to other specialties

Plastic surgery and orthopedic surgery have consistently vied for top spot in specialty physician compensation over the past few years, with plastic surgery first this year at $526,000 followed by orthopedics ($511,000) and cardiology ($459,000). OB/GYN salary falls in the middle, a position which remains virtually unchanged since at least 2017.

At $221,000, pediatrics was the lowest-paid specialty in 2021, below public health and preventive medicine ($237,000) and family medicine ($236,000). These three specialties continue to hover on the bottom of the physician compensation list.

Although OB/GYN salary was up overall, a vast majority of those who experienced a drop in income in 2020 cited it was the result of pandemic-related factors such as job loss, reduction in hours, and decreased patient volume (91%). Only 21% said their income loss was unrelated to the pandemic.

However, 41% are confident their income will return to pre-COVID income levels in the next year, and 45% believe they will recover in the next two to three years. Eleven percent said they didn’t think they would ever return to their pre-pandemic income level.

Annual incentive bonus not impacted by the pandemic

Fifty-nine percent of OB/GYNs reported achieving more than three-quarters of their potential bonus payout, about the same as in 2020 (60%). This number is in line with other physician specialties.

Working locum tenens has allowed OB/GYN Dr. Roseann Freundel to enjoy the lifestyle she always wanted. “I was paid more as a locum tenens than as a staff physician,” she says. “My biggest fear was would I be able to pay off my student loans, but I’m able to since locums pay rates are at or above local market value.”

OB/GYNs say they spent nearly 15.1 hours per week on paperwork and administration, up from last year where they reportedly spent an average of 14.3 hours per week. This is less than some specialties — like infectious disease (24.2 hours) and public health and preventive medicine (20.7 hours) — but more than other specialties. Ophthalmology (10.3 hours) and anesthesiology (10.1 hours) spent the fewest number of hours each week on administrative work.

Dr. Freundel says in her staff role, she had to split her time and attention between patient care and administrative, managerial, and committee responsibilities. Now that she has transitioned to working locum tenens, she says it has relieved some of that burden. “Even if you have a heavy patient load, you know you’re going to be with your patients. You’re not going to be pulled out for some meeting.”

OB/GYNs satisfied with job but not feeling fairly compensated

Although the pandemic has caused an increase in physicians’ administrative workloads, fewer weekly hours worked, and a nearly 40% reduction in patient volume, the survey reveals that most OB/GYNs are cautiously optimistic about post-COVID recovery.

Interested in learning more about locum tenens for OB/GYNs? Give us a call at 954.343.3050 or view today’s OB/GYN job opportunities.

Supplement your income by working locum tenens on the side
NP salary report 2021: Nurse practitioner income rising amidst pandemic challenges